It is a standalone story. 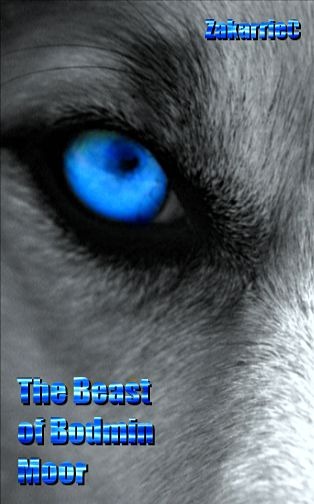 Can one man’s battle to be himself win another’s war with himself?

Two years ago Jake McCain encountered a compelling stranger at the Glastonbury festival. Two days later his life, as he knew it, was over. Enter Jack. They have…cohabited ever since. Much to Jack’s despair, Jake has remained dogged in his bid to be the most bloody-minded human a jackal ever had the misfortune to manage.

Phin Finley has embarked on a magical mystery campervan tour of Cornwall. Free to potter about, doing as he pleases for the first time, he wants to prove he can do just fine without having a fatal mishap. Or causing one. Or losing his trusty bicycle clips. Even if he is a tad too…Phinish for most folk’s comfort, his mum’s peace of mind and dad’s constitution.

Theirs is a tale about finding your (happy) place in the world, making (foxy) friends, and the much fabled Beast of Bodmin Moor.

Phin sat atop a craggy crumble of rock, content as can be in his happy place. His very own sliver of heaven. A sacred spot where the twenty-first century had quite forgotten to do charging in like the cavalry, hell-bent on rescuing it from perfection.

Here, Phin could breathe; alone in his tumbledown haven, but never lonely. Loneliness was feeling alone in a room full of people. Phin had never been comfy in company, it was tricky to do concentrating on seeming ‘normal’ to more than one person at a time amidst the siege of too much. Too loud, too bright, too many colours clashing in a cacophony of sound; as if all his senses had been bunged in the washer and switched to spin-cycle.

All this was so befuddling, Phin found it impossible to do believing big fat fibs on top. They made him too scratchy. He liked facts. Letting his mind waft off to ponder fascinating things stopped Phin from fretting about people. Instead, he was supposed to do paying attention to pretend feelings—to make folk seem kind—when they weren’t. This was not Phin’s best thing. It was an important skill called being sociable.

Phin hated feeling like a fraud. Everyone seemed to do concentrating on things he couldn’t care less about; the impression they made on others, how they were ‘seen’. A concern that had nothing to do with donning orange jumpers, which would’ve been an understandable worry. Phin wouldn’t be seen dead in such a detestable colour. That was an idiom, not a fact, as it didn’t make sense in the scheme of things. He would be dead, and ergo, unable to see. Let alone be in any fit state to insist that his corpse wasn’t desecrated by a despicable sweater.

Nope, Phin was uncomfy in human company, but he did adore animals. He could do trusting them—even predators—they were honest. They never did acting kind before biting your head off. He loved that the animals dotted across the moor were allowed to do roaming fairly free. The cows often pottered across the road and parked up when they fancied a rest or a gaze-about. They didn’t give a stuff, just stood there, staring over their shoulders with mild disinterest if a queue of cars did honking at them. For all the world as if that might persuade them to do shifting their furry butts.

An animal’s love was unconditional. They never, ever, made you feel not good enough. Or aware that you’d let them down when you couldn’t help but be yourself. Phin had known this forever, but the older he got and the more of his dad’s dreams he dashed, the clearer it became. Polarising his family with Phin stuck in the middle like an equatorial embarrassment. His poor mum and elder sister loved him despite himself and defended Phin with lioness finesse. Then did suffering the consequences of dooming his dad to a son who would never do him proud. This while subjecting him to social humiliation horrors that made his younger sister’s hair curl. Her intrepid efforts with an evil contraption that made her smell like a singed cat couldn’t compete with Phin. Apparently.

When asked what she’d most like to tell her younger writing self, Zakarrie plumped for two snippets of wisdom:

Follow the tour and check out the other blog posts here