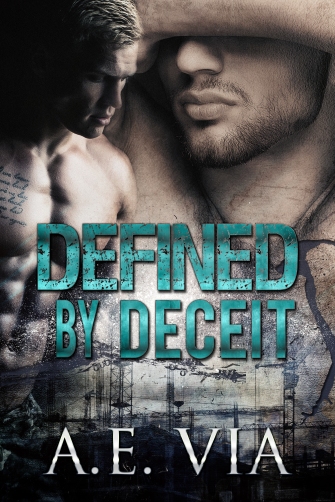 Life isn’t always fair, and that’s something that Llewellyn Gardner knows about first hand. His life was on the fast track until one night of extreme passion changed everything.

Now eight years later, he’s still living with the aftershocks of that night. Everywhere he turns or runs, there’s another reminder. What the hell do you do when you try to drown your demons only to find out they can swim?

Shane Smith, Jr. owner of Smith Construction, could see the emotional turmoil within his new employee — it’s why he hired him. There was something about the gorgeous, misunderstood man with the overly expressive eyes that came to their small town with a past no one was willing to overlook. Shane could see the good in Llewellyn, and those eyes of his were a clear window to his soul. Shane wasn’t going to let the man live a future of solitude because his past had been plagued with deceit.

Llewellyn wasn’t sure what to think about Shane. After years of protecting himself from being tricked twice, he was now faced with worry again. What would happen to him if Shane didn’t believe his truth, and walked away? Llewellyn wasn’t sure he’d be able to survive being left alone. Again. 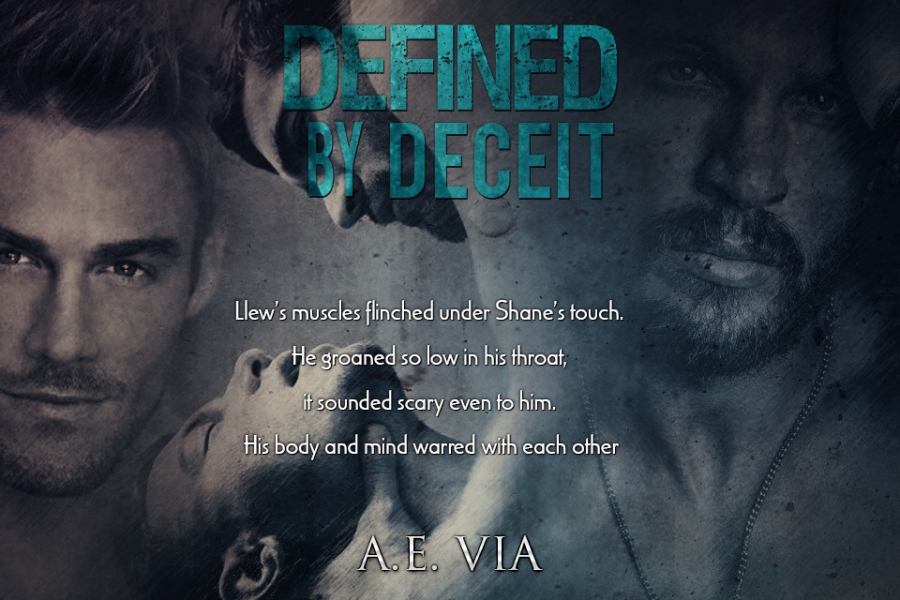 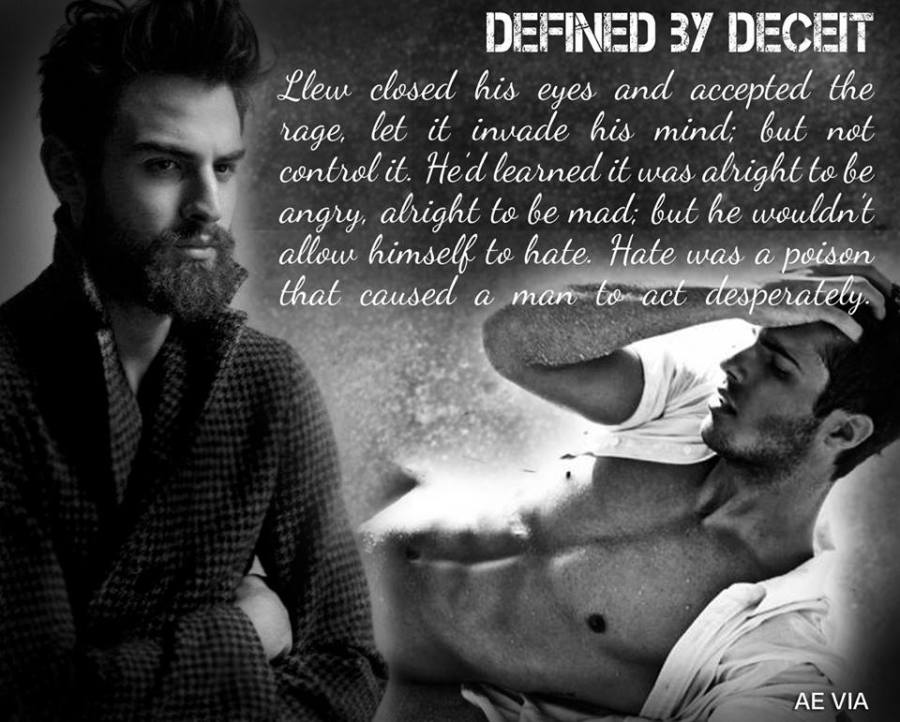 “You know the sheriff was talking about me right?” Llew’s voice was so deep and gruff, probably due in part to the nervousness that had overtaken him, but most of it was just the man’s timbre. It made Shane pause.

Shane had to clear his own throat. “Yes, Llewellyn.”

Finally, Llew looked in his eyes. “You can call me Llew.”

“Is that what everyone else calls you?” Shane smiled.

“Well I have to do something that sets me apart from the rest.” Shane shrugged. “So, where you staying, Llewell?”

He thought he saw a faint smile on Llew’s face, but the alley was dark. He hoped he could get Llewellyn to trust him; he was going to need a friend.

“Come on, let’s go.” Shane nodded his head towards the entrance of the alley, and Llew fell in step with him. He loved how tall Llew was beside him. Shane was just a little over six feet but Llew had to be six four or six five. He could climb this man like the strong oak tree that he was. “So, you like the room?”

“Um. Yeah. It’s real nice. Why?” Llew looked down at him, and Shane’s stomach did that fluttering thing that happened whenever that intense gaze was on him.

“Well, I built it so I was just wondering,” Shane said, teasingly.

Shane wanted to stop right where they were and breakdance on the sidewalk. He loved the way his name sounded in that deep tone. He could listen to Llew talk all day and night… especially at night. “Thank you,” he whispered.

They turned down Ms. Pat’s street, surprised it only took them a half-hour to walk to that side of town. Shane wished it could’ve been longer. They were probably both glad that no one was out and about yet. Most everyone was probably still milling around the rec center arguing their points to whoever would listen. He knew inside that Llew was going to have a storm coming his way, and he hoped he was strong enough to withstand it. Maybe with the right man by his side, they could weather the storm together.

They were only a block away and they’d simply enjoyed walking shoulder to shoulder on the narrow sidewalk. The silence wasn’t strained, it was peaceful, and it allowed him to think about how he felt being in Llew’s strong company. He felt safe with him. 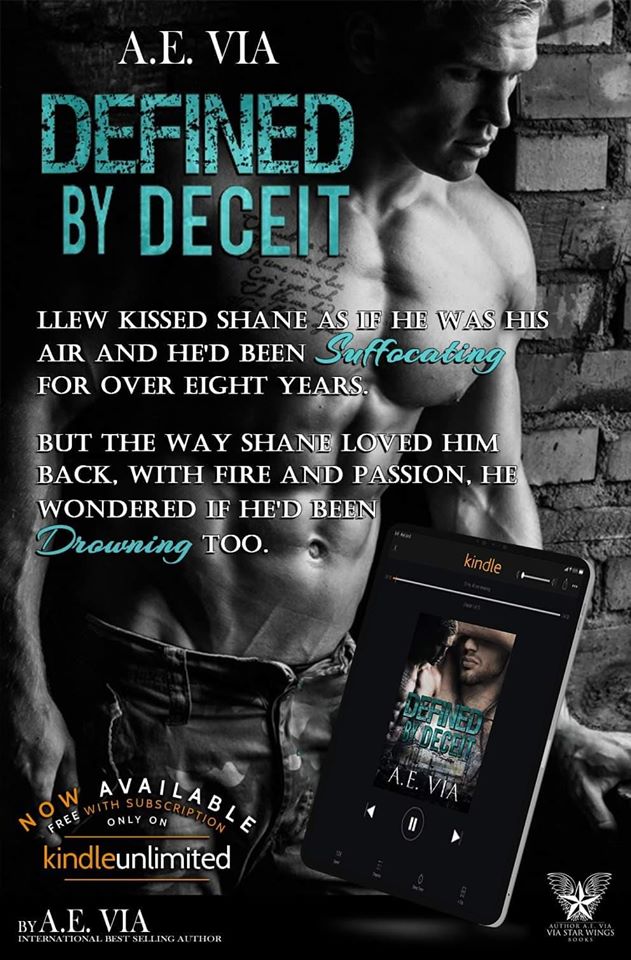 A.E. Via has been a best-selling author in the beautiful gay romance genre for six years now, but she’s no stranger to MM. She’s been an avid reader of gay lit for over fifteen years before she picked up her laptop to place her own kiss on this genre. She’s also the founder and owner of Via Star Wings Books, having published a couple great new up and coming MM authors.

A.E. has a Bachelor of Arts in Criminal Justice from Virginia Wesleyan College that she used to start her own paralegal firm after she graduated in 2008. She spent five years preparing and filing bankruptcy petitions for struggling blue collar workers who couldn’t afford to file with a lawyer. It was a rewarding and satisfying career… but another path called to her.

A.E.’s novels embodies everything from hopelessly romantic to adventure, to scandalous. Her stories often include intriguing edges and twists that take readers to new, thought-provoking depths.

She’s recently celebrated her 20th book anniversary, and is kind of known now for her hardcore, play rough and love hard, bad boy, alphas. However, she does like to push herself to step out of her comfort zone, exploring different tropes, but she won’t push herself into a whole other genre. She’s head over heels for gay romance and she has tons of more hot stories to tell.

Be sure to visit Adrienne on her social media pages and subscribe to her newsletter to never miss another release date! Go to A.E. Via’s official website http://authoraevia.com for more detailed information on how to contact her, follow her, or a sneak peek at upcoming work, free reads, VSWB submissions, and where she’ll appear next.