Detective Paul Monroe has little room in his life for anything but work. Maintaining order and solving cases in the town of Thornwood Park keeps him busy. When Jerry Gregoria, a popular bartender and personal trainer is found murdered, there’s no shortage of suspects. It seems Jerry was busy shaking more than cocktails all over town, leaving Paul and his partner with an ever-growing list of men and women who have reasons to want Jerry dead. The deeper Paul delves into the case, the more he finds himself drawn to hotel manager Cliff Baxter, whom he hasn’t seen in years.

Cliff Baxter’s childhood crush on Paul Monroe hasn’t waned since high school. In fact, with the sexy detective conducting the investigation at the hotel, Cliff is more than happy to help. Ever since his last relationship went up in flames, Cliff has made it a rule to never get involved with a closeted man. But after Paul is threatened and things between the two heat up, Cliff decides to make an exception.

With new twists in the case popping up every day and the mayor breathing down the police department’s neck, Paul needs to solve the case yesterday. It takes a crisis for Paul and Cliff to realize what started out as something casual could be everything they’ve both been looking for but never thought to find. But if the killer strikes again, they might never get that chance. 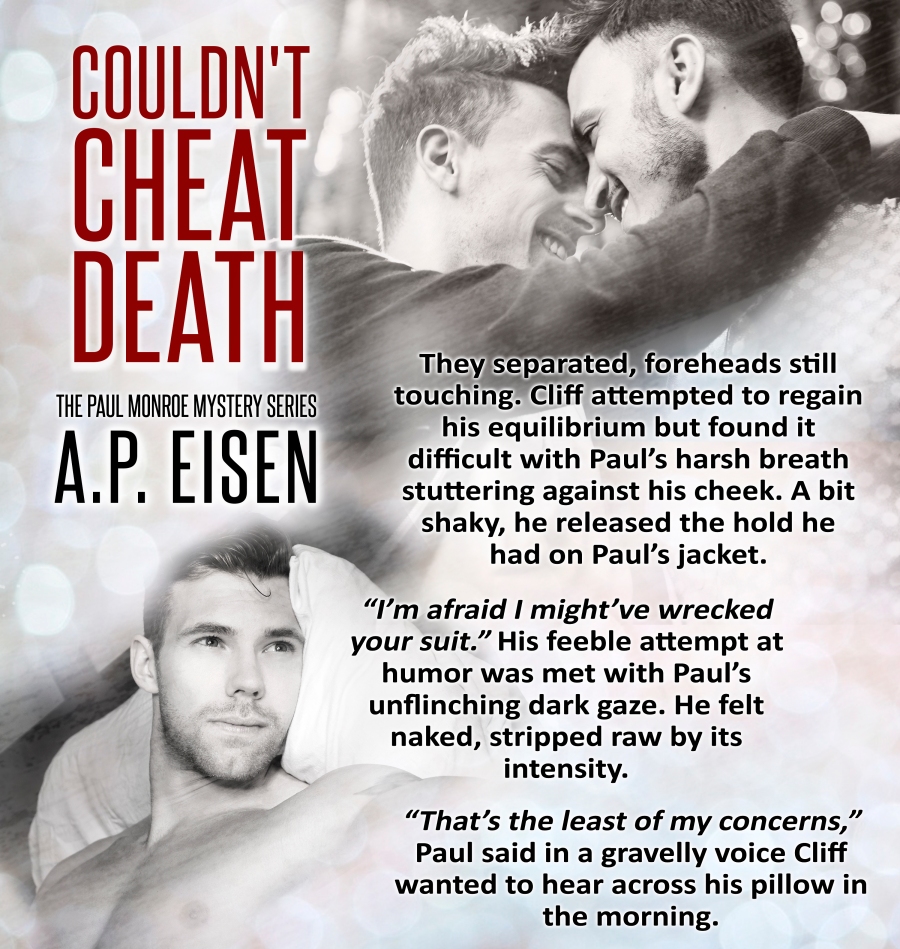 Paul nodded. “Yeah, I remember her.”

Paul shot him a look, but Baxter remained infuriatingly placid, saying, “I discovered that Jade had been giving Jerry the best shifts—meaning Wednesday, Thursday, Friday, and Saturday nights—whenever he wanted.”

“And that’s not allowed?”

Cliff shook his head. “No. I’ve told the managers that the staff is to be rotated so that no one person always gets the best tipping nights. Of course, if one person doesn’t want the night because it can get crazy, especially at convention time, then they don’t have to take it and can switch. But to give it to them every time?” His lips twisted in a frown, and his dark eyes blazed. “Not acceptable. I’m pissed off, and I intend to confront her tomorrow about this.”

Paul studied Cliff’s face and felt a stirring in his groin. Damn, the man was fiery when he was passionate about something, and he couldn’t help but wonder what he’d be like in bed.

Cliff took a sip of his drink before answering. “Why? I mean, sure, if you want, but what does my speaking to her about that have to do with your investigation?”

Paul leaned back in his chair. “Part of investigating a case is seeing how people react to situations. You confronting Jade about a problem might spark her anger and—”

“And you think she’s capable of murder? I could see anger, yes, but I can’t believe she murdered Jerry. No way.”

“I once had a case where a man was murdered. He was beaten to death with a hammer and his eyes taken out.” Cliff’s face whitened in horror, but Paul kept going. “He was married for twenty-five years and had six children with his wife. She was the sweetest woman, and anytime I’d come to talk to her or ask her questions, she’d give me fresh-baked cookies and a cold iced tea.”

“Turns out he’d been cheating on her with her best friend for years. She found out, took the hammer from his workshop, and killed him.” Paul tossed back his drink. “That case taught me to never underestimate people. Anyone provoked enough is capable of murder.”

Cliff’s complexion had returned to normal, but he licked his lips, and Paul could see the sheen of sweat on his brow. Civilians might think it was a simple matter to investigate murders, or that they all looked like Law and Order on television, but the fact remained that murder was an ugly, dirty business that caused chaos. Paul became a police officer and then a detective because he liked order, and solving crimes and putting murderers away restored that order and balance to a chaotic society.

“Do you think”—Cliff swallowed hard—“do you think I’m capable of murdering Jerry?”

Cliff jerked his head. “No. Of course not.”

Paul laughed. “I don’t think you did. You were the first person I checked out, but another thing we learn is to trust our gut instinct.”

“Oh?” Cliff licked his lips again, his deep brown eyes darkening, and Paul felt an answering tug in the pit of his stomach. Cliff leaned forward, and Paul met him halfway across the narrow table. “What does your gut tell you about me?”

I think you might be trouble, but in a whole different way. 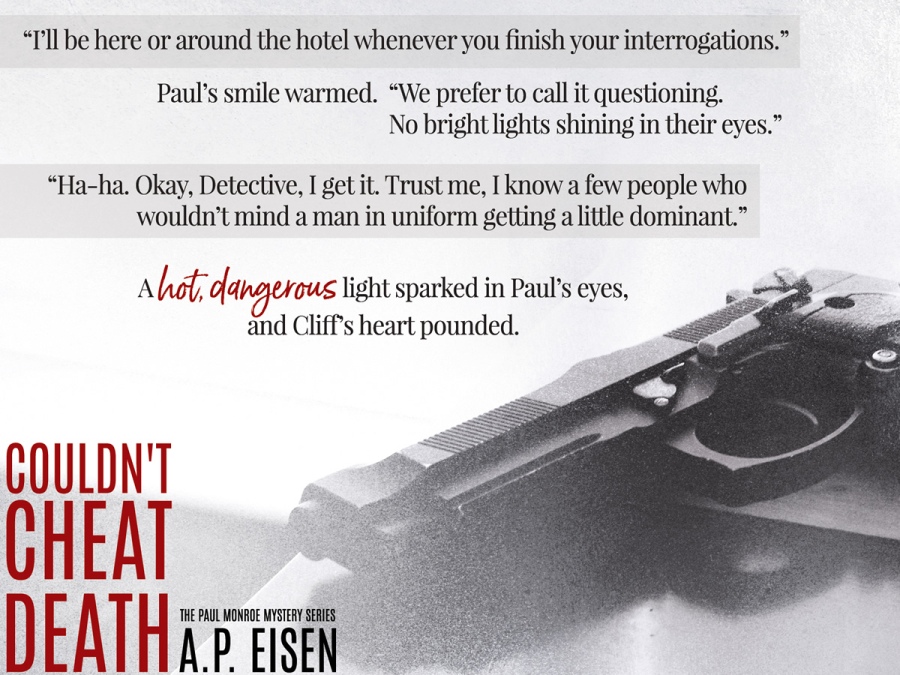 AP Eisen cut her teeth on Nancy Drew mysteries as a child and never looked back. Writing has always brought her joy and she loves creating characters who can make people laugh and cry, sometimes at the same time.

Whether they are investigating a murder, cooking a gourmet meal together or simply living their lives, the men she writes about are smart, savvy, and sexy. They may not walk the straightest path to love but they always solve their case and get their guy.

AP lives in New York City and drinks too much coffee and not enough champagne.