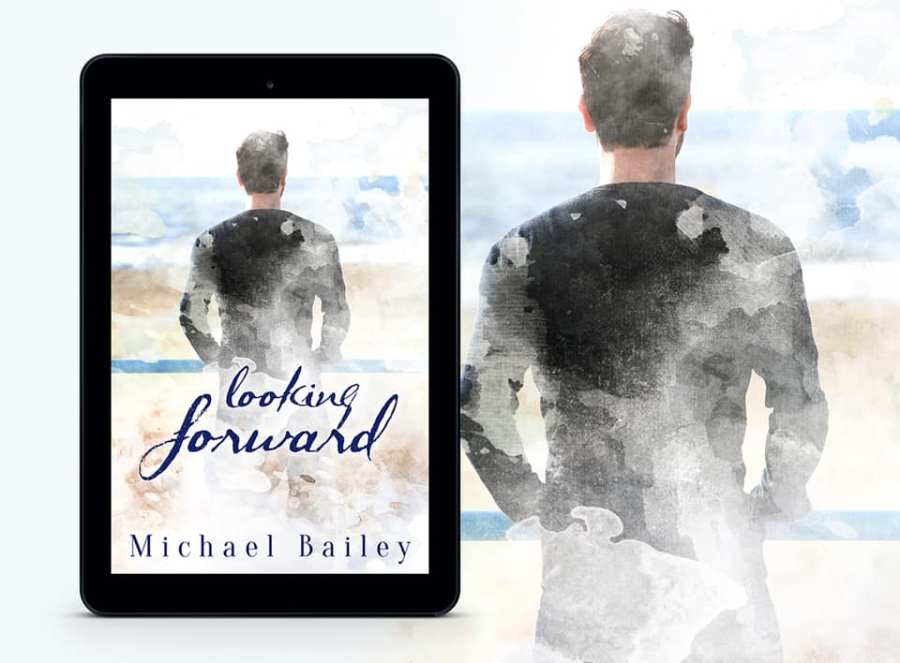 Owen Hannity was nineteen when he lost almost everyone he thought he could trust. Each loss more painful than the last.

With the unwavering support of his best friend, Andy, Owen put the pieces of his life back together. Now, more than two decades later, Owen owns and operates a successful comic shop. Despite his modicum of success, he still feels like a shell of a man, carrying the emotional scars from his past.

Without warning, Owen’s past returns. Secrets come to light. Secrets that could either destroy Owen or finally give him the strength to re-evaluate everything he thought he knew about Andy, himself, and the way in which he views the world.

I shook even more as I picked up the handset and dialed the ten digits for his area code and phone number. The call wouldn’t connect. I feared for a moment that he had purposely given me the wrong number. Maybe he didn’t want me calling him after all. Then I remembered, since this was long distance, I had to dial the number one first.

I laid the receiver back into the cradle and scrubbed my hand through my hair, willing myself to calm down. Jack wouldn’t be able to see my fear from over the phone, but there was every likelihood that he would be able to hear it.

I took the receiver out of the cradle and dialed the eleven digits. My heart beat faster as the phone rang, and I almost chickened out and hung up.

The other end was picked up on the fourth ring. A woman answered, clearly out of breath. “Hello.”

I was momentarily confused. In my head, he would answer, and we would spend my break catching up. I had not expected someone else to answer, especially not a woman.

What if she was his girlfriend? How would I explain myself?

He wouldn’t have given me his number if he didn’t think it would be safe for me to call. Or at least, that’s what I reasoned.

Then I heard her muffle the mouthpiece, but I was still able to hear her call his name.

Soon enough, I heard a voice that I recognized coming from the other end. “Hello?”

“Jack?” I said, still slightly confused, and hoping that I hadn’t just caused some problem for him by calling.

I heard his breath catch on the other end of the phone line, and there was a second or two of delay. Panic started to bloom. This was a mistake. He wouldn’t remember me. Why would he? I was just some kid from Toledo that he’d met in a bar weeks ago. I’d allowed too much time to pass and had lost any chance I had, if I’d had any at all. “Owen?”

I twisted the phone cord around my finger, an old habit I’d developed when I was nervous on the phone. That panic came full force at his question. He didn’t remember me. This call was pointless. “From Toledo,” I reminded him.

Jack chuckled. “I remember. I don’t meet too many Owens.”

Some of that panic eased off but didn’t dissipate entirely. This could still go horribly wrong very quickly. I still didn’t know what I was doing calling him. What if that connection I had felt the night before Thanksgiving was all in my head? I’d be the fool that had placed the call. He’d talk about me to all his friends, tell them about this little homo that was stalking him from the other side of the state. They’d all laugh at my expense, and I’d never know. Or he could tell Andy, and he’d never let me forget how I’d basically come on to his straight cousin.

Yet, he had given me his number. And those words. I reread the napkin. Can you feel it?

I paused, pulling in a deep breath and slowly exhaling. I could do this. This wasn’t a big deal if I didn’t make it one. “No, I can’t imagine you do. It’s not a very common name.”

“I was actually named after my grandfather, if you can believe that.”

“Yeah. Sort of a family tradition. My father is named after his grandfather, and my grandfather after his. It’s weird.”

“No, not really. It’s actually kind of cool. Like, legacy. You have a connection to your family that will never go away.”

“I never thought of it like that. I’ve honestly always hated the name.” And wasn’t that a total bitch. If my father ever found out that his only son was gay, he would totally disown me, and I’d still have this name.

“You shouldn’t. It’s unique. It sets you apart. How many people have you known named Jack?”

“Exactly my point. In a world full of Jacks, be an Owen.”

Why did that warm my heart so much?

I’m the oldest of three, from the Glass Capital of the world, Toledo Ohio.

I’ve dreamed of writing since I was eleven years old when I wrote a truly awful Choose-Your-Own-Adventure. It sold exactly zero copies. I think my mother may have a copy lying around somewhere. Mothers keep that kind of thing.

Through junior high and high school, I wrote a number of short stories, one actually published in the first (and only) issue of his high school’s literary magazine.

Life took control shortly thereafter, as it often does, and the dream of writing was put on hold. Then, in November of 2016, I took a leap of faith, and began writing my first novel as part of the National Novel Writing Month (NaNoWriMo) competition. The goal of the competition is to write a 50,000-word novel in a thirty-day period.

However, on the advice of a friend, I “pushed through”. And so, in September of 2017, my first novel was published.

Stick with this or you’ll miss the magic

Okay – I’ll admit. I almost didn’t finish this one. Not because it was bad or I didn’t like but because it was slow…really slow….at first. But I kept reading despite that and then something happened. All of a sudden a switch flipped and I couldn’t put it down. All of a sudden this became something different, something brand new, something I’ve never read in a book before, something not mainstream, something…..more (but I don’t want to give anything away so you’ll just have to read it). Sometimes something can surprise you – not out of the blue, but building slow, over time, until it’s suddenly there and it feels like it always was….it just took a long time to realize that. I think maybe Owen and Andy might agree with me.