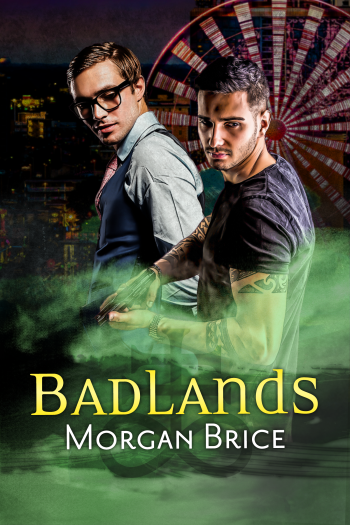 Simon Kincaide owns a boardwalk shop in Myrtle Beach where he runs ghost tours & does seances and private psychic readings, a fresh start after his abilities cost him his lover and his job as a folklore professor. Jaded cop Vic D’Amato saw something supernatural he couldn’t explain during a shootout several years ago in Pittsburgh and relocated to Myrtle Beach to leave the past behind, still skeptical about the paranormal. But when the search for a serial killer hits a dead end, Vic battles his skepticism to ask Simon for help. As the body count rises, Simon’s involvement makes him a target, and a suspect. But Simon can’t say no, even if it costs him his life and heart. 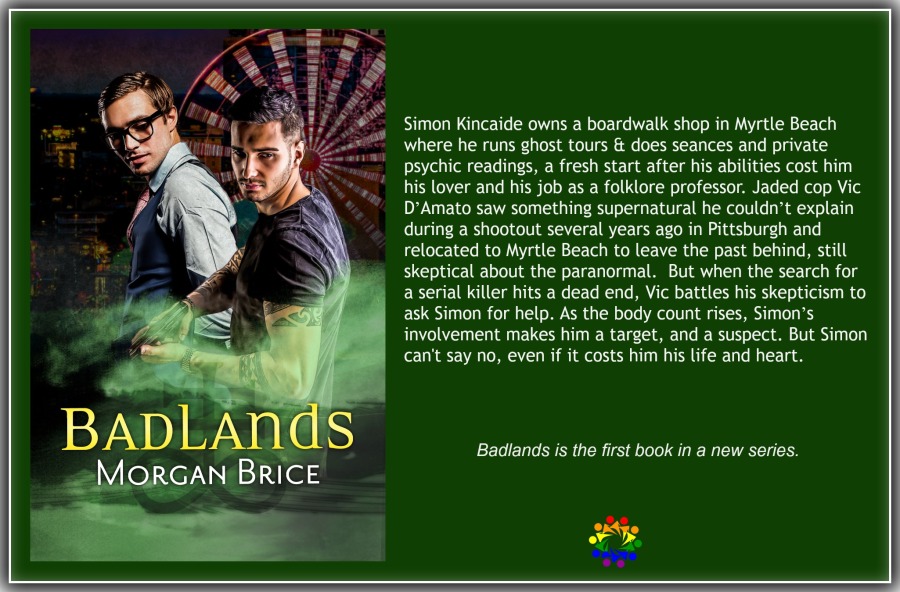 Vic hadn’t grown up around the ocean. Pittsburgh had its famed three rivers, and friends had taken him boating or camping on lakes, but the ocean had always remained a special memory of his favorite childhood vacations. Just listening to the rush of the waves made Vic feel better, no matter how shitty the day might have been. And while he wasn’t much for lying still in the sun, walking at the edge of the water and feeling the wet sand under his toes went a long way toward cleansing his mood.

The wind had picked up, and Vic glanced at the dark clouds coming in. Too late he remembered the predicted rain and grimaced at the thought of riding home and getting soaking wet. He thought about heading for his motorcycle, but the lure of some fresh air and a good cup of coffee kept him where he was. He could survive getting wet.

He rested his forearms on the boardwalk railing and looked out toward the ocean, in part to ignore the couples laughing and joking as they walked along with their ice cream. Maybe it was time to think about getting out there again, dating, finding a boyfriend and not just a hook-up. Vic snorted. Even his hook-ups had been few and far between because he didn’t like being vulnerable with someone he didn’t know. That nixed dating apps since the cop in him wanted to get a read on a prospective partner in person, not just swipe right. Then again, he hated going clubbing—no telling when one of those places would get busted for something—and cruising for a date in a bar just felt desperate.

Yep, he thought. That explained why he was still single and spending most nights watching TV, tuning up his cycle, or going for a long ride along the Coastal Highway. Maybe he should get a dog, and resign himself to spending the rest of his life wanking off in the shower. God, he needed to get laid.

Vic pushed off from the railing and ambled down the boardwalk toward Mizzenmast Coffee. He didn’t usually pay much attention to the shops, couldn’t remember the last time he had even noticed the signs. But today, the “Grand Strand Ghost Tours” window caught his eye. What made him pause was the smaller lettering beneath “Tours, Maps, Books, Candles, and Supplies.” In particular, the line that read “Private Readings and Séances, by Appointment Only.”

What could it hurt, to come back and see if the psychic can contact any of the spirits of the dead workers? He thought. Not like we’ve gotten any other breaks in the case. And if I get a tip that pans out, no one ever needs to know where it came from.

Morgan Brice is the romance pen name of bestselling author Gail Z. Martin. Morgan writes urban fantasy male/male paranormal romance, with plenty of action, adventure and supernatural thrills to go with the happily ever after. Gail writes epic fantasy and urban fantasy, and together with co-author hubby Larry N. Martin, steampunk and comedic horror, all of which have less romance, more explosions