History says the Knights Templar were destroyed in 1307.History is wrong.

Vampires haunt the sewers beneath Rome, revenants desecrate graveyards, ghouls devour helpless passersby, and incubi stalk dark alleys and seedy nightclubs in Italy’s capital. Deep in the Vatican, a brotherhood exists, sworn protectors of the earth, and they stand firm against monsters from the dark depths. Operating in secret and silence, they protect our world from the sinister, the etheric, and the evils that exist beyond the Veil.

But it’s a lonely life, and Alain Autenburg knows that more than most. His lover was ripped from him years ago, and he vowed never to get close to another soul again. Even when the loneliness presses down on him, and his empty heart cries out for something more.

Something more comes in Christoph Hasse, a new soldier arriving in Rome to serve in the Pontifical Swiss Guard. Young, brash, and fitting in at right angles everywhere he goes, Christoph struggles in the murky, deceptive labyrinth of the Vatican. Propelled forward by a past he can’t understand, Christoph collides with Alain, and both men crash headfirst into the darkest secret of the Vatican…and of the world. 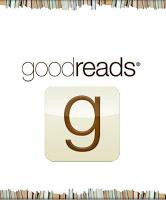 “I know what you saw, too, Alain. I was pretty out of it. But I did see my face on the incubus. It was wearing my face when it pulled you in for a kiss.” Cristoph’s chin lifted. “And Lotario confirmed it.”
Damn that man. Damn Lotario.
“‘Your deepest desire,’ Lotario said. The incubus shows you what you want most.”
Finally, Cristoph’s question. The one question Alain never wanted to hear, never wanted to answer. He didn’t want to confront this, didn’t want to answer for his feelings, for the way his heart had run away from his ironclad control. Because no matter what, no matter how he felt, no matter how Cristoph felt, and no matter how warm and wonderful and agonizingly beautiful it felt to have Cristoph look at him the way he did, just like in his dreams, nothing could happen.
The faucet dripped. In the courtyard below, a braying laugh burst out, one guard messing with another.
“Is it true?”
Nothing could ever happen between them.
Alain shook his head. “I’m flattered, Cristoph, I am. You don’t know what it means to me, that you would—”
He coughed. Hitched his shoulders as he gripped the counter. “It doesn’t matter if it is,” he grunted. “Nothing can happen, Cristoph.”
“What?” Cristoph’s voice was soft, a shocked breath escaping his lips.

Cristoph froze, halfway around the kitchen counter. His eyes went wide as his lips parted. “Is this—” Cristoph shook his head once. “Is this about the guy you lost? You and he— You were lovers, weren’t you?”
Alain whirled, facing Cristoph as he braced himself back on the sink. “I can’t, Cristoph!” he hissed. “I can’t!”
Letting go, he collapsed forward, falling to his knees on the worn linoleum of his kitchen. He tried to breathe, tried to drag in a ragged breath, but couldn’t. “He’s more than gone,” he whispered. His body trembled, shivers that coiled up his spine. “He doesn’t exist. Not anymore.”
Alain’s eyes slid closed. His arms shook as he fought to remain standing. He was going to die. His heart couldn’t take this, not this constant longing mixed with despair.
The counter was going to crack beneath his grasp.
He pitched forward, burying his face in Cristoph’s neck. There were no sobs, no tears. Not after twelve years. “I can’t survive that again. I can’t let there be any risk of that happening to you.” Cristoph’s scent burrowed into his nose, warm and bright. “I can’t take that kind of loss again.”
Cristoph kneeled in front of him, hands grabbing his shoulders as his big eyes stared into Alain’s. “Jesus, Alain. He doesn’t exist anymore? What the hell does that mean?”
Cristoph tried to smile. It stabbed Alain in the center of his heart.
“You don’t want to start anything because you’re afraid you’ll lose me?”
Desperately, Alain tried to fight his body’s reaction to Cristoph, to his warmth and his strength and his damned determination. “It’s the only way to be sure.” His eyes blinked past Cristoph’s neck, studying his weapons hanging on the wall. Mental calculations flew through his mind, which classes of weapons worked best against each type of supernatural creature or etheric entity. Anything to keep his mind off Cristoph and his touch. Alain fought not to sigh into his arms. He stiffened. Tried to pull away.
Cristoph let him go. He sat back. “So, I want you, and you want me, but…”
Nodding, Alain grimaced. “But.”
Cristoph pulled himself up. He held out his hand for Alain. Alain clambered up, unsteady. Cristoph held him until he was balanced.
“Alain…” Cristoph’s dark eyes found his, burning with desire. Hunger. And sadness. “What do you really want?”
He wanted to fall to his knees and beg for forgiveness.
Time seemed to stop as Alain stared into Cristoph’s eyes. He struggled not to scream or rage at God and the universe, or to seize Cristoph with both hands.

He wanted to grab Cristoph, haul him close, bury his fingers in Cristoph’s hair, kiss him senseless.

Alain’s soul was screaming. His heart burned, thrashing and pleading and begging for what was right in front of him. For another chance.
Alain closed his eyes and stroked his hands down Cristoph’s arms. His fingers found Cristoph’s, tangled them together. He leaned close, pressing their foreheads together, nuzzling his skin. A sigh slipped past Cristoph’s lips.
There was no end to this hurt, no bottom to his desire. Unrestrained, unbridled yearning burst from him, laced with a bitterly resigned anguish. Why did it have to be this way? Why couldn’t he reach forward, close the single breath separating their lips? Why did he hold himself back?
One bloody night twelve years ago answered him in his memories. Alain shuddered. His hands rose, gripping Cristoph’s shirt, tangling in the white cotton. Cristoph’s breath hitched, a quiet gasp. Alain reached for the back of Cristoph’s head, stroking his neck. Silken blond strands slipped through his fingers.
Alain shoved Cristoph hard, driving him backward. Cristoph’s eyes went wide as he hit the kitchen wall, but Alain followed instantly, cupping his face. His thumbs rose, sweeping across Cristoph’s cheeks. Noses brushed, sliding together.
“What do I want…” Alain breathed. His lips brushed against Cristoph’s as he spoke, an almost-kiss that maddened his blood. They were too close. Shaking, he tried again as his fingers stroked through the hair on the back of Cristoph’s neck. “I haven’t let myself want. Not in twelve years. I thought I couldn’t want anything anymore.”
Cristoph blinked, but his burning gaze stayed locked to Alain’s.
Alain licked his lips. Cristoph’s eyes darted down, watching, and a soft moan escaped him.
He was flying apart. He’d leaped off a cliff, and he didn’t know if there was anything there at the bottom. His teeth clenched, and a bitten-off curse caught in the back of his throat.
“I want you,” Alain whispered. “God, I want you.” His voice shook, trembled. Nearly fractured apart as he tried to speak again. “I want you so badly. I want to kiss you. Have you. I want to make you mine.” His voice dropped, nearly growling. “I want—”

“I want—” There was no going back, not after this. All of his fears blazed. All of his longing surged. “I want to love you,” he growled, his voice dropping an octave. “And I want you to love me.”
A tortured moan burst from his lips as one fist flew, punching the kitchen wall next to Cristoph’s head hard enough to dent the plaster.
Cristoph didn’t blink. “Tell me what you want.”
DOWNLOAD YOUR COPY⇩⇩⇩

Tal Bauer is an award-winning and best-selling author of LGBT romantic thrillers, bringing together a career in law enforcement and international humanitarian aid to create dynamic characters, intriguing plots, and exotic locations. He is happily married and lives with his husband and their Basset Hound in Texas. Tal is a member of the Romance Writers of America.Visit my website for more of your favorite characters, including secret excerpts & behind the scenes snippets.
CONNECT WITH TAL 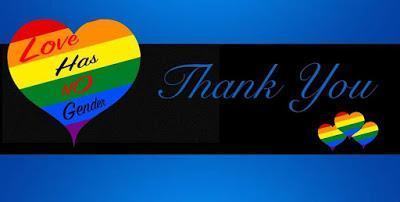