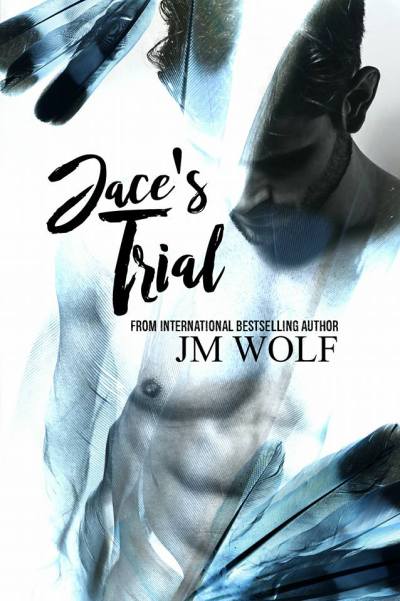 This is Book 1 in the series, but can be read as a standalone story. No cliffhanger.

Life is a trial full of obstacles that stand between you and your goals. Do you have the courage to face your own trial?

Jace Garrison was a musical prodigy at Juilliard ready to take the world by storm. Everything he could ever want out of life was unfolding right before his eyes, until everything came crashing down at once.

With his muse gone, along with everything he loved, will Jace find the courage to move on?

Former Navy SEAL Gerard Ramhart had always played by his family’s rules and traditions. Until he fell in love with Riley Garrison. Unfortunately, before Gerard had the courage to propose to the man he loved, Riley’s life was taken away. Gerard was left devastated, with only his memories of Riley and the pain of losing him to keep him going.

One year after Riley’s death, Gerard finally makes it to Riley’s hometown in Abingdon, Virginia and meets his son Jace for the very first time. Two men grieving over the loss they shared, and during their time of heartache, something blossoms. Can Gerard help Jace find the will to live the life he’s meant to have? And can Jace find his muse and accept his feelings for Gerard, despite the fact that Gerard once belonged to his father?

I don’t know what possessed me to do it, but I sat up on his lap, his arms falling to his sides, but he remained motionless. I stared in awe as I began trailing my fingers up his body, from his hip bones, trailing along his defined abdominal muscles, up his pectorals feeling the tuffs of chest hair tickling the skin of my fingers. I continued from his collarbone and up his neck until my palms rested on the man’s cheeks. Gerard stirred, but never woke.

I tilted my head slightly and marveled at the man that once held my father’s heart, but now was quickly beginning to worm his way into mine. I wished I knew an artist who would be able to capture Gerard’s face on paper perfectly so that I could look at it every night after his trip in Abingdon was over. I didn’t want to think of him leaving. I just wanted to revel in the stunning work of art that was Gerard Ramhart. All man, all muscle, and how I wanted him to be mine. I wasn’t afraid to admit it to myself anymore. I wanted him, so fucking bad; but would he ever be mine? Would I ever get to feel what it was like to be his? Would I ever know what it was like to have his lips on mine?

Instinctively, my thumbs began running along his dark thickly grown beard and then to his lips. I remembered that moment when he was stepping out of the shower, and we almost shared a kiss. Almost. I never stopped thinking about it, and the desire to kiss him at that moment was making my heart practically beat out of my chest.

As if my body had a mind of its own, I began leaning down, bringing myself closer to Gerard’s face. My face was inches away from his. I could feel his breath on my skin, and his full lips were close, oh so close. My heart was thundering so loud I was worried Gerard would hear it and wake up. This may have been my only chance to kiss him, and I didn’t want it to slip by. I got closer and was about to press my lips to his when Gerard’s eyes shot open.

Oh fuck, I was so screwed. I had no way to explain this. I pulled back some to looked into his startled eyes. I opened my mouth to try to say something, anything, but what the fuck could I say?

“I-I…Gerard, I’m –” my words were cut off immediately when his hand cupped the back of my head, and his free arm around my waist. Gerard pulled me down to him and embraced me in a deep soulful kiss.

I was taken aback by the sudden embrace, but not enough to pull away. When the initial shock wore off, I closed my eyes and gave back as much as Gerard was giving me. And holy fuck, was he giving me something that was literally stealing my breath away.

The kiss was not how I imagined it. I’d been kissed by many guys growing up, including Brett. I didn’t know if it would be possessive, rough and demanding like Brett’s or dull and lifeless like some of the casual flings I had to entertain my libido. I thought it would be simple but nice, like when Adam and I shared our first kiss, but it wasn’t. They all paled in comparison to the feel of Gerard’s lips on mine.

The kiss was heated, but not enough to devour me. It was filled with affection, longing, desire, wholesome. Gerard was kissing me as if he’d been waiting for centuries to do so, and now that he had me, he wanted to treasure the moment. He wanted to cherish me. I had never felt so desired by a man in all my life, and my eyes burned as if I would cry at the realization.

Was this how my father felt when he kissed Gerard? Was this how it felt to have someone kiss you like you were wanted? I couldn’t begin to comprehend how badly I wanted this moment, how much I needed it. Gerard was claiming me, and I wanted to be his.

JM Wolf never thought he would one day say that he’s a published M/M romance author. Having a poet for a mother and a sister who once ran a blog, it was only a matter of time before JM discovered his writing genes. In the beginning, his sole purpose in life was to be a singer/songwriter. Writing lyrics was the first step putting his thoughts onto paper. Even while singing, JM always found time to dabble with writing little short stories but never thought too much about it.

Once he reached adulthood, his music dreams left him, but not the feeling for writing down what was in his mind. However, that didn’t mean music no longer played a part in JM’s life. His debut book The Black Feather was inspired by one of his favorite songs. Whether lyrics or love stories, you will always find JM’s heart and soul in every word on paper.

JM Wolf lives in Chesapeake, VA with his husband and in-laws. When he’s not writing, you can always find him reading a good book, spending time with the love of his life, or jamming out to music. He didn’t pick the world of literature, the literary world picked him.

Enter the Rafflecopter Giveaway for a chance to win a $10 Amazon Gift Card.