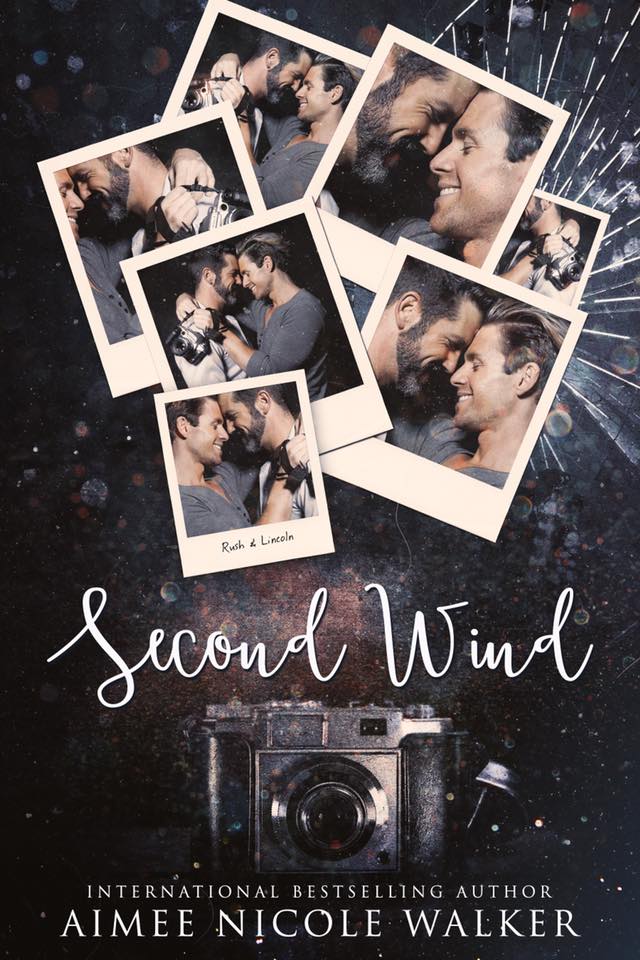 Second wind: a new strength or energy to continue something that is an effort. After an amicable divorce, Lincoln Huxley is ready to embrace the sexuality he repressed for more than two decades. Rush Holden is no longer willing to settle for closeted men or those who don’t share his dreams of marriage and fatherhood. A chance encounter on a lakeside pier is the second wind they both need. Or will it just be a painful reminder of all they had lost?

Second chance: an opportunity to try something again that failed one time. Rush and Lincoln have shared a lot of firsts—friendship, young love, and heartbreak. Cruel reality forced the two men to choose paths that took their lives in different directions. Twenty-six years later, they get a second chance to fall in love with each all over again. Can it really be that simple, or will the same issues ruin their happiness a second time?

Happily ever after: to live happily for the rest of one’s life. Rush and Lincoln know that love and life can’t be defined by words alone. Patience, commitment, and the determination to do whatever it takes will be the only way the two men achieve their happily ever after.

Second Wind is a funny, sexy, and endearing standalone romance novel about love, loss, and rediscovery. It contains sexually explicit material and is intended for adults 18 and older.

“Um, don’t look now, but some hottie is heading toward us with a determined look in his eyes,” Nigel said.

“What’s your definition of a weapon?” Nigel asked suggestively.

“The lethal kind.” The intrigue I heard in my assistant’s voice made me curious, so I glanced up to check out the situation. My breath caught in my throat when I looked into familiar dark eyes. “I don’t fucking believe it.” I had to be dreaming, but my racing heart told me it was real. Fate wouldn’t be that cruel to me. I handed my camera to Nigel before I dropped it.

My obligations were temporarily forgotten as I walked to Lincoln with joyful laughter spilling out of me. He opened his arms wide, and I landed hard against his broad chest. I circled my arms around his waist at the same time those strong arms wrapped around my shoulders.

“I can’t believe it,” we said at the same time then laughed like we did when we were kids. And if that wasn’t enough, we both said, “Jinx.”

“What’s ridiculous is that it’s taken me more than two decades to see you again,” Lincoln countered.

I pulled back enough to look into Lincoln’s warm gaze and welcoming smile. I closed my eyes against the swiftly rising emotions that threatened to consume me and rob me of the ability to speak. I pressed my forehead against his and said, “It has been too many years, but my heart would recognize you anywhere, Linc.”

“As would mine,” Lincoln said huskily.

I am a wife and mother to three kids, three dogs, and a cat. When I’m not dreaming up stories, I like to lose myself in a good book, cook or bake. I’m a girly tomboy who paints her fingernails while watching sports and yelling at the referees. I will always choose the book over the movie. I believe in happily-ever- after. Love inspires everything that I do. Music keeps me sane.