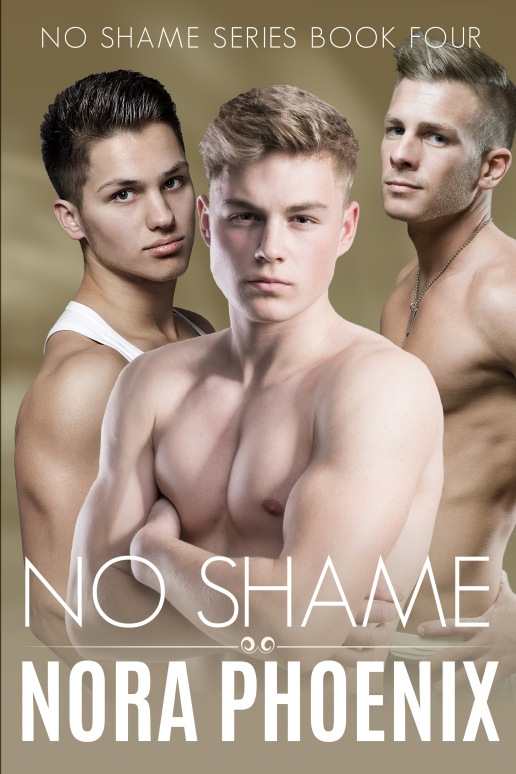 Brad feels nothing but shame about himself. Shame about his sexual needs, about his reputation, about his medical problem no one knows about. No one, except his best friend Charlie, but no matter what feelings Brad may have for him, he’s not going there. Charlie deserves so much better, and Brad desperately needs something not even Charlie can provide.

Charlie has loved Brad forever, but he’s never acted on his feelings, unsure of where he stood. Plus, there was the complication of his boyfriend. But when his boyfriend’s abuse gets too much for Charlie, it’s Brad who helps him escape and recover.

Miles ends up severely wounded in the line of duty as an FBI agent. He’s floored when the man he was protecting, Indy, opens his home to him so he can recover. Indy also sets him up with Brad, who turns out to be a perfect solution for Miles’ sexual issues…until Miles wants more than sex from him, and a developing friendship between Miles and Charlie complicate things even more.

Bit by bit Charlie and Miles break through Brad’s defenses, until they come crumbling down. Miles will have to prove he can provide what Brad needs, and Charlie’s sweet love will be put to the test. But when Brad finally finds the courage to break free of his shame, will the fragile love that has blossomed between the three of them survive?

No Shame is a steamy M/M/M romance that ends with a happy ever after for all characters, including those from the previous books in the series. It’s the fourth book in the No Shame Series, and is NOT a stand alone novel, so make sure to read the first three books first (No Filter, No Limits, and No Fear). It contains hot sex, a ménage, a little daddy kink, more hot sex, and a poly-amorous relationship that transcends labels. Also: trigger warning for mentions of domestic abuse, sexual abuse, and rape.

Miles had not yet met Josh and Connor, but according to Noah and Indy, they were fully on board with him moving in temporarily, even though Brad and his friend, Charlie, were also still staying there.

Noah parked the car in the driveway, as close to the front door as possible. “I’ll get Connor to help,” he said. “I don’t fully trust my leg yet, so I can’t support you.”

Miles nodded. Noah had lost a leg in Afghanistan, he’d read in Indy’s file, and had recently needed surgery to amputate even higher up, due to complications. “Okay.”

The man who stepped outside with Noah a few minutes later was massive. Broad arms and chest in a tight Red Sox shirt, strong legs. Miles recognized him from the pictures in the file. Ignatius O’Connor, called Connor by everyone. The last Miles had heard, the guy had been balls deep in the Boston crime scene, so he had no idea what had happened there.

Connor’s cheeks were flushed, as if he’d been doing something physical, and he and Noah were arguing about something.

“I don’t believe this,” Indy muttered, threw open his door and left it open as he stepped out. “Seriously? You guys were fucking again? At the rate you’re going, poor Josh won’t be able to sit for a week.”

Connor shrugged. “At least he’ll know who he belongs to.”

Noah shook his head. “You’re a regular fucking caveman, O’Connor. You would have done great with the dinosaurs.”

“Now why would I want to fuck a dinosaur? You’re not making any sense,” Connor said, his Boston accent thick.

Indy opened the door on Miles’ side. “Let’s get this guy inside so he can rest.”

Another man stepped outside. Tall, lanky, with cute, boyish looks. That had to be Joshua Gordon. He walked carefully, as if something hurt. Miles’ eyes narrowed. Had Connor hurt him? Josh took another careful step, and the source became clear. His ass. Had Indy been right? Holy crap, what kind of people were they?

Connor turned to watch Josh, and a look of pure love painted his face. Damn, but this was way more than mere fucking. Like with Noah and Indy, the love was palpable.

Josh leaned in, kissed him. “Yes, Connor.” Connor’s face lit up with happiness and a deep satisfaction.

When she was a little tot, Nora’s mom got a library subscription for her. That, as they say, was that, and a lifelong love for books was born. Nora never stopped reading and doesn’t exaggerate when she says she devours books, rather than plain reads them. She started writing stories as soon as she could hold a pen, and wrote her first full book as a teen (on a typewriter!). It took her waaaay too long to follow her dream to become a romance author.

Nora writes M/M romance, because hello, sexy boys, and likes her men flawed, strong, and a tad broken. She appreciates a little kink, but insists on a happy ever after. 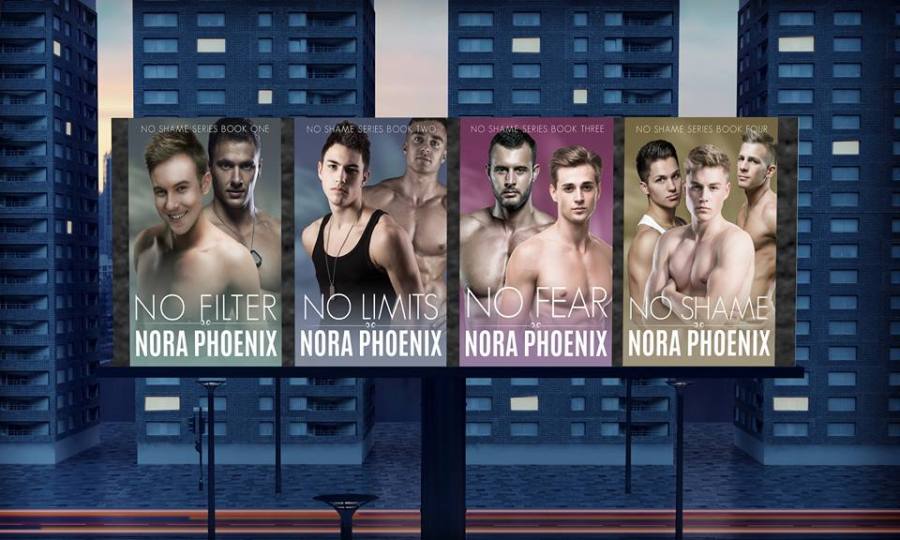