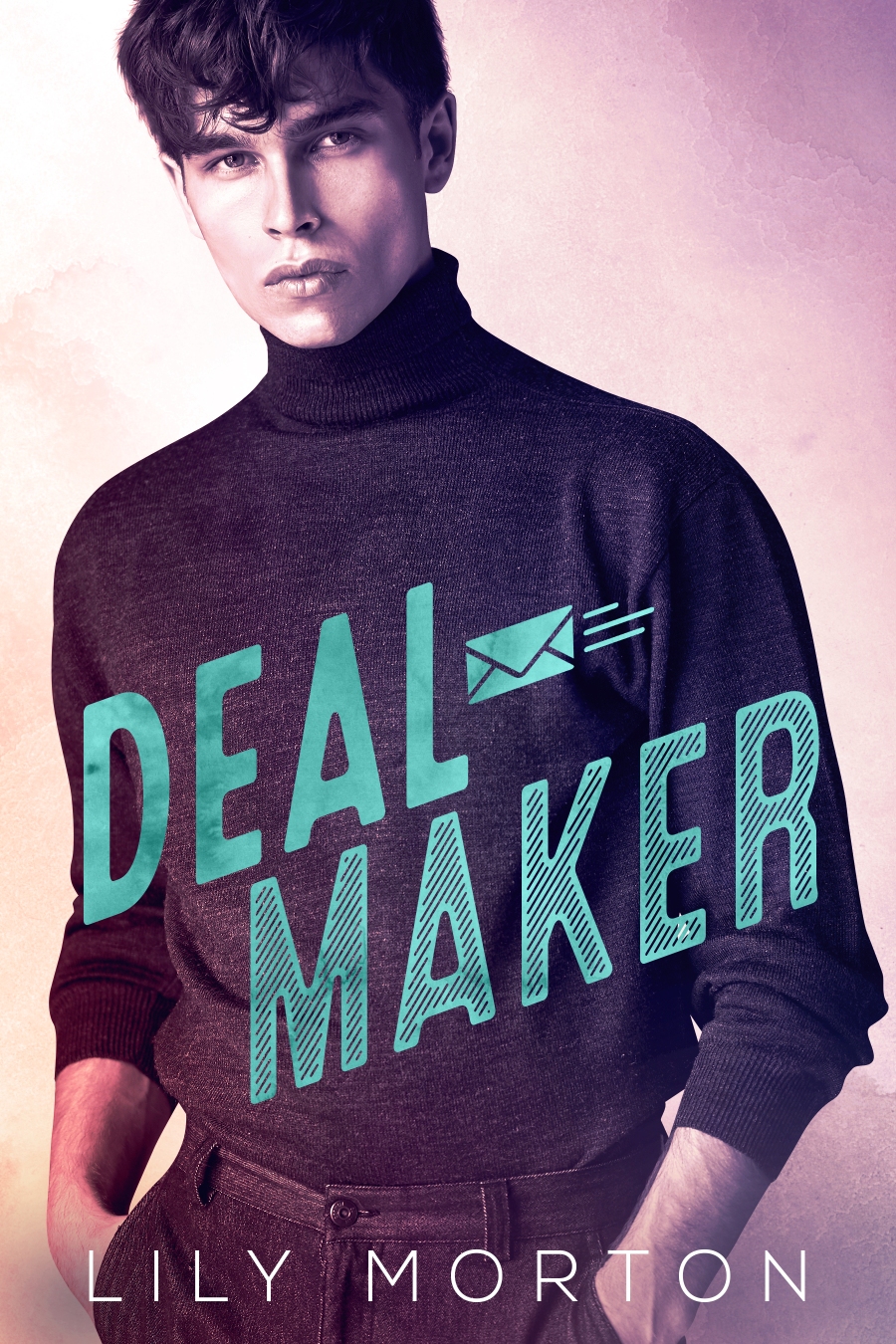 Sometimes your mouth makes deals that your heart can’t honour.

Jude is a highly successful model, but a very reluctant one. His life is full of casual hook-ups with pretty men in glamorous locations, but it’s still empty. However, circumstances decreed a long time ago that this was his path, so he’s resolutely stayed on it and accepted his fate with good grace. He made a deal with himself and his hook-ups. Get in, get out and no ties with anyone.

However, an accident at home one night leads to him making a new deal and accepting the offer of help from an unlikely source. It leads to an unexpected summer of falling in love with a larger than life man and his child.

But by the end of the summer his reasons for not staying are still valid. Will he turn away? Can he?

Asa is a talented actor who has spent time away from the scene to look after his son. But now he’s back, and the last thing he needs are complications from the gorgeous man who is staying with him. Scarred from too many betrayals, he has no intention of forming a lasting tie with anyone. However, he can’t resist the beautiful man with secrets, and to his horror he develops feelings.

But a deal’s a deal and they said it was just for the summer. What can Asa do with a man who has forever in his eyes and goodbye on his lips? 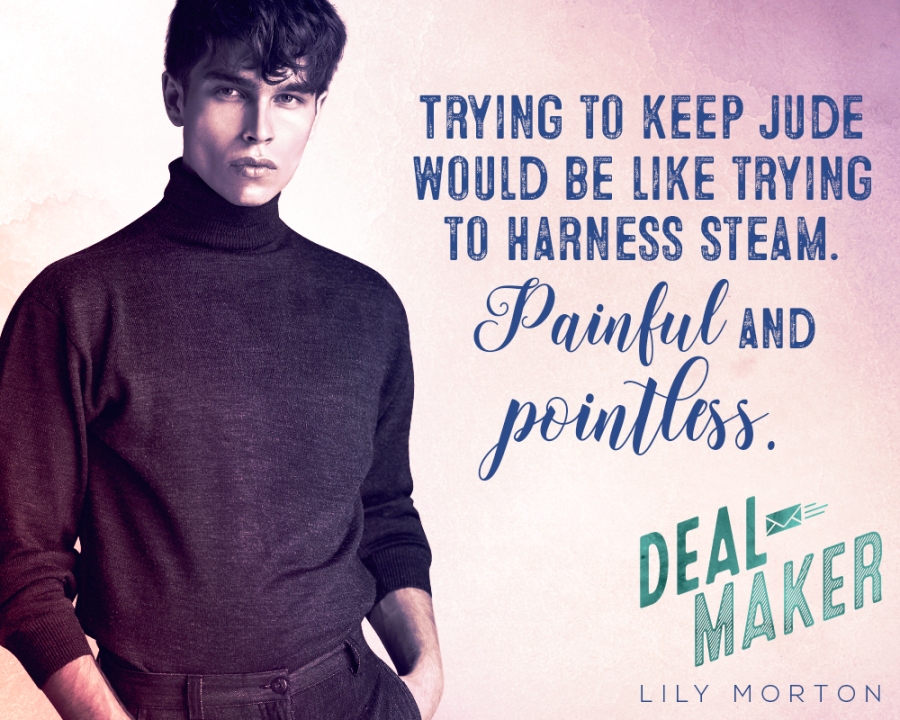 I come awake a few nights later. At first, I look around blearily, trying to work out what’s woken me, and then I sit up with a muffled scream. “Were you lifting up my eyelids?”

Billy settles down cross legged on the pillow next to me. “Yes,” he says in a loud whisper. “I wanted to see if you were awake.”

“I am now,” I say faintly, and a deep chuckle sounds from the door. Looking up, I see Asa, his big frame washed in the light from the hallway. He’s dressed in faded jeans, a white t-shirt and a navy cardigan. His hair is tied up in a messy man bun and he looks disgustingly awake.

“You can laugh,” I say. “He’s graduated from standing over me, staring at me, and waiting for me to wake up, to actual bodily contact with my eyelids. It’s escalating, and starting to look like a scene from ‘The Omen’.”

“What’s ‘The Omen’?” Billy asks, and I notice he’s dressed too, in grey cuffed joggers, a navy t-shirt and tiny navy Converse.

“A comedy about a boy and his dog,” I say absently, hearing Asa’s snort of laughter. Then my eye falls on my phone. “What the… it’s three in the morning. What’s happened? Is it the apocalypse? Because I have to say that unless it’s actually reached St Johns Wood, I’m not leaving this bed.”

“What’s a pocolip?” Billy asks, setting down in the bed and cuddling into my side. I sling my arm around him, and look up to see Asa looking at us, a soft look in his eyes.

“It’s what happens when you wake me up at three in the morning for no discernible reason.”

In the next second the bedroom explodes with coloured paper, as he and Billy let loose the giant party poppers I’ve just noticed they have in their hands. ‘Happy Birthday’ they shout, and Billy jumps up and down on the mattress, catching the falling paper and looking like a five-year-old trampoline champion.

I sit up slowly. “Oh my God,” I say softly. “What is happening to my life right now?”

Asa crosses over and sits on the edge of the bed. To my surprise, he looks almost worried, his soft brown eyes full of trepidation. Inexplicably I want to comfort him. Instead I just sit and stare at him with my mouth slightly open, while he shifts uneasily.

“The thing is,” he says slowly. “We might have done something.”

He flinches slightly. “Yes. I’m not exactly sure we should have done it, but -” He pauses and then picks up speed, the words tumbling out. “It’s just that it’s your birthday, and Bill and I … well, we really like you.” A flush creeps over his face, and he shrugs his massive shoulders slightly. “Anyway, we couldn’t ignore it, so we decided we’re going to take you away for your birthday.”

I’m absolutely struck dumb for a second, and then I say slowly, “So, when you say we decided, you actually meant you decided.”

He shoots me a sideways glance, analysing my facial expression, and then carries on talking in an earnest, serious manner that is absolutely melting something inside me. “Okay, I decided. I know you said you have bad memories, so I thought maybe you could for once try and make new memories, better ones.”

Lily lives in sunny England with her husband and two children, all of whom claim that they haven’t had a proper conversation with her since she bought her first Kindle.

She has spent her life with her head full of daydreams and decided one day to just sit down and start writing about them. In the process she discovered that she actually loved writing, because how else could she get to spend her time with hot, funny men!

She loves chocolate and Baileys and the best of all creations – chocolate Baileys! Her lifetime’s ambition is to have a bath in peace without being shouted by one of her family.