JO&ISALOVEBOOKS BLOG IS PROUD TO BE HOSTING
THE RELEASE BLITZ FOR…
THE VERANDA
LAVENDER SHORES BOOK 3
BY
AUTHOR ROSALIND ABEL.
LIVE NOW!!

SYNOPSIS
Donovan Carlisle helps countless people in Lavender Shores with his skills as a therapist. It seems, however, that his ability to enable others to live their happiest life only works outside of himself. Donovan truly loves his life, but isn’t able to find a relationship that satisfies his heart’s craving. Maybe the problem is that the only man he wants is off-limits. Spencer Epstein came to Lavender Shores to find himself. Instead, he married one of the local town beauties. He’d thought his prayers had finally been answered. Then, he met his pregnant fiancée’s brother. It turned out those answered prayers were just cruel twists of fate. A decade later, after a divorce and the crumbling of all Spencer thought was set in stone, he sees his brother-in-law at a masquerade sex party. He takes full advantage of the anonymity and acts on the desires he’s held at bay all those years. The problem is, those silent and frenzied moments didn’t satiate anything. The fire and heat between the two men only grows as secrets are uncovered and they must determine if the cost of their passion is too high…

Add to your Goodreads TBR
https://www.goodreads.com/book/show/35758328-the-veranda?ac=1&from_search=true

ARE YOU NEW TO THE SERIES…
Then why not download your copy of
The Palisade
Book 1 in The Lavender Shores series. 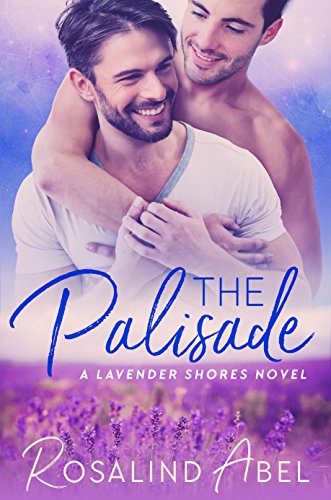 FREE on KINDLE UNLIMITED
Confident businessman Joel Rhodes sees the small California town of Lavender Shores as nothing more than a business transaction and a final stepping-stone to the position he’s been working towards his entire life. It was supposed to be nothing more than one night in town to close the deal, and sleeping with one of the local men, no matter how gorgeous, meant nothing more than a few hours of fun.
Andrew Kelly is perfectly content with the life he has in his hometown. So much so, that the only thing missing is someone to share it with. Going to bed with a tourist was never meant to be the answer to his dreams, just a beautiful distraction. He could get back to looking for Mr. Right the next day.
Both Andrew and Joel’s worlds are turned upside down when a few hours of pleasure gets extended to a couple of days. Even that shouldn’t be a big deal. You can’t fall in love in such a short time, that isn’t how it works. However, if destinies collide, a few short days may be all it takes to find your soul mate. Even so, when secrets and motivations get tangled, destiny may do nothing more than leave two hearts in pieces.

The Garden
Book 2 in The Lavender Shore Series

Beautiful Gilbert Bryant designs jewelry for the rich and famous, and he made his escape from his gossipy little hometown of Lavender Shores. However, with so many friends and family, he keeps getting pulled back. When he attends his best friend’s engagement party, Gilbert can’t help but sample one of the new men in town. It’s just some innocent—or not so innocent—fun. Nothing that will even cross his mind once he gets back to his everyday life.
Walden Thompson dreamed about living in Lavender Shores since he visited as a child. He finally gets his chance, and he embraces the opportunity to start over, to become someone new. He leaves both hurts and dangerous habits in the past, where they belong. When Gilbert crosses his path, Walden gives in to his baser instincts. He can indulge in the carnal pleasures this once and still be okay.
Their few hours together haunt Gilbert, the two-hundred-mile buffer from home no longer shutting out the past or the sexy man he left behind. Walden is just beginning to recover from the smoldering encounter with Gilbert when they are thrust together once more. This time, neither of them can walk away, no matter how hard they try. But when their pasts crash into each other as surely as the magnetism that pulls them together, walking away may be the only option. 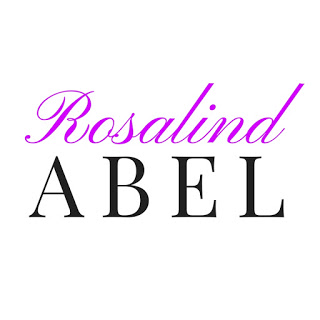 Rosalind Abel grew up tending chickens alongside her sweet and faithful Chow, Lord Elgin. While her fantasy of writing novels was born during her teen years, she never would have dreamed she’d one day publish steamy romances about gorgeous men. However, sometimes life turns out better than planned.
In between crafting scorching sex scenes and helping her men find their soul mates, Rosalind enjoys cooking, collecting toys, and making the best damn scrapbooks in the world (this claim hasn’t been proven, but she’s willing to put good money on it).
She adores MM Romance, the power it has to sweep the reader away into worlds filled with passion, steam, and love. Rosalind also enjoys her collection of plot bunnies and welcomes new fuzzy ones into her home all the time, so feel free to send any adorable ones her way. 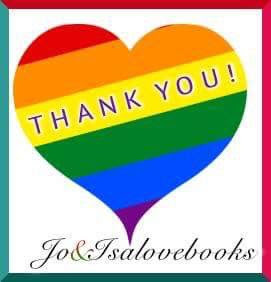