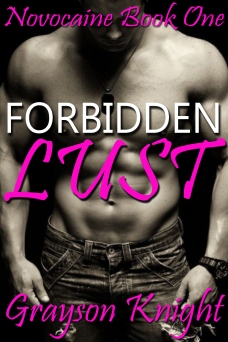 Jackson has never felt anything from his mother. All his life she treated him badly and he thought he would never have anything good in his life. That is until Cole came on the scene. Cole was in his early forties, and he was kind, handsome and built from pure muscle. The only problem was he was about to marry Jackson’s mum, but he was all that Jackson could think about.

It was on the night of his eighteenth birthday when the only gift Jackson got was a pendant from Cole that he knew meant that there was something between them. Jackson’s innocence was something that he wanted to offer Cole, but he never knew if that chance would ever appear. For now, he would have to watch from afar and hope that his fantasies would be enough.

Maybe one day he would get a chance at a night with Cole, but a sexual relationship with his stepfather was surely off limits and taboo. Or was it?

On the night of my eighteenth, my mum had gone out partying with her friends and I was alone in my room. I was wearing nothing but my boxers as I stood in front of the mirror lifting my free-weights in an attempt to exercise out my anger. As I watched myself, my green eyes looked back at me from my reflection with determination. I was determined to not let this get me down, and I would go on and eventually make something of myself. There was a knock on my door, and I carried on working out as I shouted.

The door was already ajar and I watched as it opened and Cole came in and stood awkwardly by the door. He was tall and muscular, and as I watched him in the reflection of my mirror I could see his pecs tense, and his nipples were erect through his tight t-shirt. He was pretty fucking hot.

“Sorry to bother you Jackson, I just wanted to come and see how you were doing.’ He stepped forward and sat on my bed behind me.

I crouched and put my weights on the floor next to my mirror and stood up. I tried to wipe the sweat that was dripping from my blonde hair as I turned to face my future step-father. He looked me up and down and his eyes landed on my toned stomach as he quickly averted his eyes. I smiled at him then.

“It’s OK Cole, you’re not bothering me at all.” Our eyes met, and I swear I felt something spark between us. I licked my dry lips and Cole caught the action. He shifted where he sat as he signalled for me to sit beside him. As I did his weight on the bed made me feel a little flustered, I turned to face him and he was looking at me intensely. His eyes bore into me and my breath hitched in my chest. He was ridiculously sexy and I suddenly felt very exposed sat here in just my tight boxers. 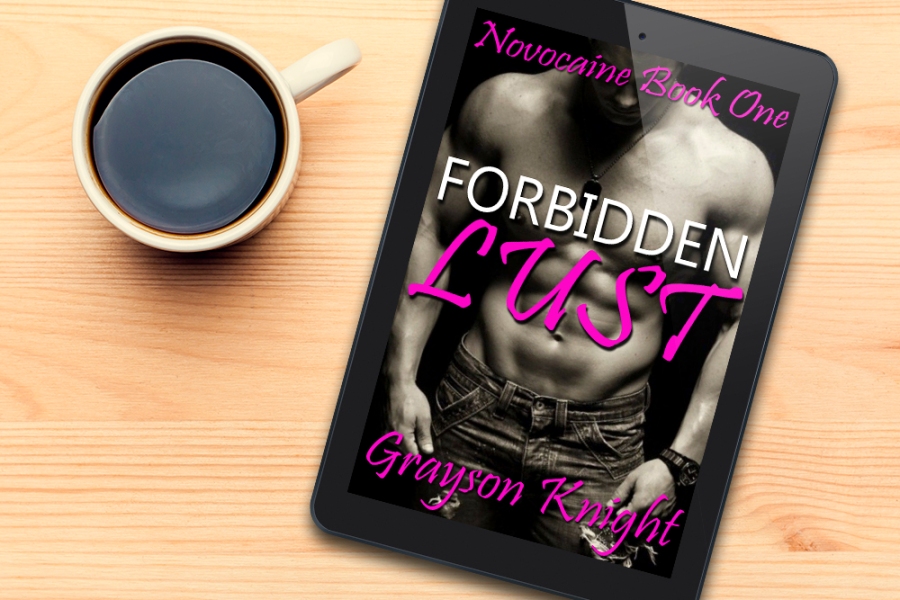 August 27 – Bayou Book Junkie, Tangents and Tissues, We Like It Big Book Blog, Alpha Book Club, Love To Read Romance Books, Up Against A Wall